Technology:
Sumitomo Electric will commercialize the redox (reduction-oxidation reaction) flow battery that is the next-generation large battery within 2013. The company will build a demonstration line in Osaka with an investment of one billion yen by April 2013 and start mass production late 2013. The projected sales of the redox flow battery business are 100 billion yen in 2020. Like the sodium sulfur battery, the redox flow battery is expected to be put into practical use for a storage capacity with a storage capacity of several thousand kW.

The redox flow battery will be adopted by power equipment like transformer station and contribute to building a smart city. The Japanese government also positions the large battery as an important technology to realize the territorially distributed power source and equalization of power burden. As always, cost reduction is vital for the spread of redox flow battery, and Sumitomo Electric will work on reducing the cost of continuously as mass production develops. According to a survey company, the world large battery market will grow 3.3 times to about 2,100 billion yen in 2016 over the level in 2010. 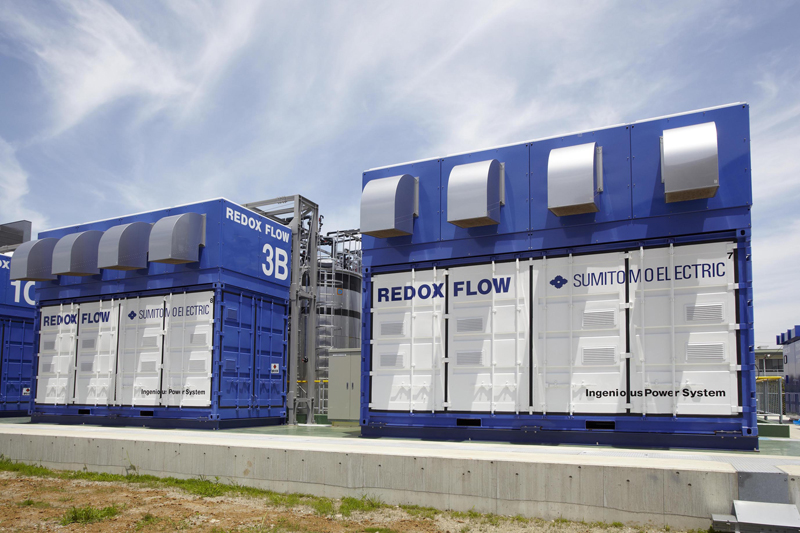 Posted by Senryaku-kenkyu at 7:04 PM